The more I have grown in the knowledge of Jesus, the more I have seen my utter dependence upon His sustaining of my heart. This season has been one of the craziest and busiest seasons I have been in, but along with the intensity and pressure of these days there has been a greater invitation to depend on the One who is dependable. Along with this invitation has risen to the surface lot of walls, a lot of fears and insecurities to wrestle with. But as I come face to face with my pride and weakness I am given the opportunity to open my heart once again, give Him my 'yes' and to lay down my fears, sin and weakness into the hands of the One who IS strength, who IS life and who IS the very upholder of my heart and purpose of my existence.

These days have been so humbling in me thinking that somehow in the midst of the journey I graduated from learning the simple truth of giving the full and complete 'yes' of my heart. He has caused me to remember that so often my little, weak self tries to rise above and offer itself when I then get slapped in the face with the reality that it's nothing of myself that produces right doing, but only His strength alone. In other words...I need help! I can't do it on my own, but I was made to lean up the dependency of another. At the beginning of this season I asked the Lord to give me one prayer that would be the highlight or the banner over the next few months. The simple phrase he implanted in my heart has been "Jesus, make me selfless." When he first began speaking of selflessness, the picture that first came to mind was of someone bowing low to the ground and washing the feet of another. Little did I know that this lesson of selflessness wasn't just about the service and giving to the ones around me, but it was about staring at Philippians 2 and Isaiah 53 of how He walked the most selfless sacrificial road what it looks like to turn my service and giving unto Him and Him alone! It was about the revelation of the depth of pride within me so that in turn I would truly learn to love. It was about the laying down of my own self for His sake, for His worth and for His renown. Selflessness is yes serving, loving well, and encouragement unto others, but FIRST it has to be the self-sacrificing and concern with the needs of Him which is His burning desire for all of my heart. Selflessness is saying no to the desires of my flesh and yes to His pursual of my heart. Selflessness is the moment by moment leaning into the Beloved, when my pride wants to rise up and take control. Selflessness is the waiting and being patient, when the fears within me scream for comfort right away. Selflessness is the putting myself to the side so that another would be exalted. Selflessness is the trusting in His strength and not my own. Selflessness is uncomfortable because the world doesn't know it. There is nothing more beautiful than the complete laying down of one's desires for the sake of another and I long to be one who lives this daily and my hope is that He did just very that. He went to the lowest place and became that suffering servant with blood streaming down. He walked that road firsthand so that I would be able to as well. What does it look give everything of me at His feet? What does it look like to forsake all for His worth today? What does it look like to be found fully trusting and depending?


The journey down the narrow road is so worth it. He is so faithful in these times of pressure and breakthrough to pour out His grace. The glory is that as we empty ourselves out, He fills those places with Himself. He doesn't despise the growing of His children. He doesn't leave us empty handed, but takes us by the hand and leads us so perfectly as He brings forth His love in our hearts. In each step He will make us steadfast and bring us into His fullness, until we arrive at that Great Day where we will be forever consumed with His beauty and majesty. 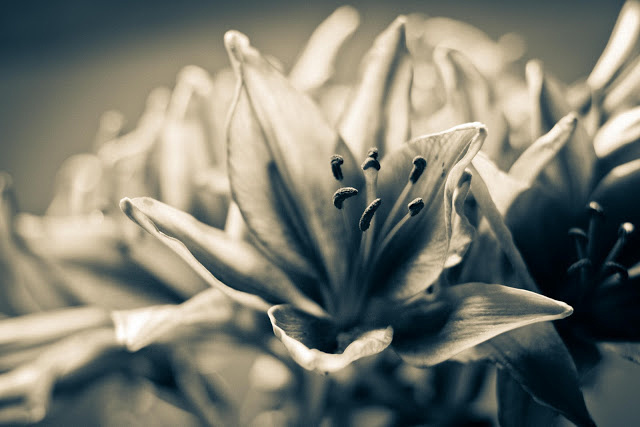